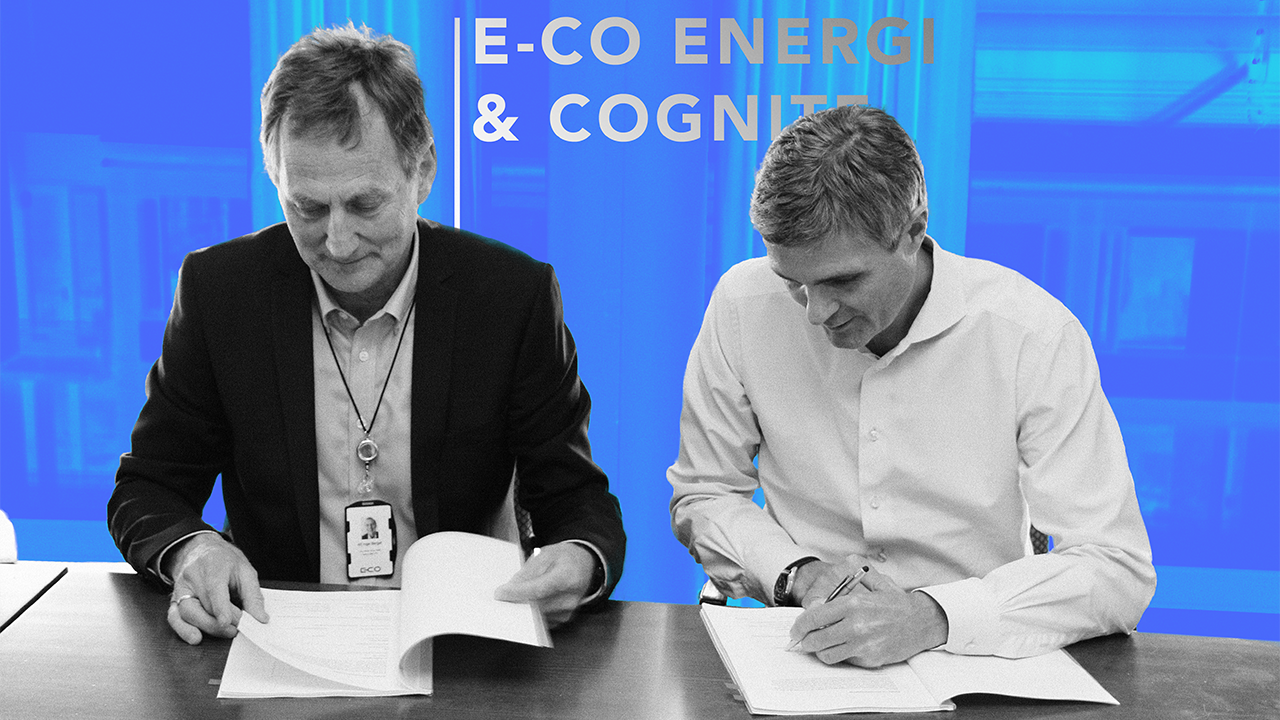 The two companies have entered into a strategic partnership that will explore how digitalization can reduce costs and optimize operations and maintenance routines at hydroelectric power plants. The work will begin in the scenic Hallingdal district of central Norway at the Nes Hydroelectric Power Station, which will serve as the site of a pilot project.

E-CO Energi owns or partially owns more than 50 power stations in Norway, and their combined net generation of about 13,5 terawatt hours a year is enough to supply 650,000 Norwegian dwellings with 100 % clean hydroelectricity. The company is a part of the Hafslund E-CO Group, which is owned by the City of Oslo.

“E-CO Energi’s ambition is to be a leading force in power plant maintenance and operations. To that end, E-CO Energi needs to adopt new digital tools and participate in their development from the inception. Our partnership with Cognite is an important step in that direction,” said Alf Inge Berget, CEO of E-CO Energi.

The Nes Power Station is an ideal candidate for a digitalization pilot. The power station features four identical water turbines, meaning that data collected from one of the turbines can be compared to that from the other three. Additionally, E-CO Energi does not have any major work planned at the power station that would disrupt operations, which will ensure a steady stream of data over the course of the pilot.

E-CO Energi has for years worked to extract sensor data from equipment at select power stations. The data collected from the Nes Power Station will be aggregated and contextualized in Cognite Data Fusion®, a software package that empowers industrial companies to extract value from their wealth of existing data by transforming it into useful information.

With CDF, E-CO Energi will be able to analyze and visualize its industrial data in order to better understand its own operations. E-CO Energi will also be able to create new applications on top of the data that will help the company optimize production, revamp maintenance routines, and boost worker safety.

“Through our partnership with Cognite, we aim to learn about how contextualized data and new software applications can optimize operations and maintenance routines. Our goal is to create a digital twin that mirrors the state of our power stations, both presently and historically. Partnering with Cognite is a good step toward that goal,” Berget said.

The partnership expands Cognite’s presence in the utility market. Cognite has previously signed an R&D agreement with Statnett, the state-owned enterprise that constructs, owns, and operates Norway’s electrical grid.

“With this partnership, E-CO and Cognite are bringing the #DataLiberationFront to the hydroelectric industry. Liberating industrial data from disparate silos is a crucial first step toward a digitalized future in which industrial companies can innovate and collaborate more easily,” said Dr. John Markus Lervik, CEO of Cognite.