The truth about industrial digitalization

The jury is still out on the long-term implications of the novel coronavirus pandemic on industry, but the pandemic is already providing a much-needed reality check on industrial digitalization, tearing down the glorified visions of Industry 4.0 and their flashy digital twin showcases with immersive augmented reality (AR) experiences.

The good thing about external shocks is that they force focus. They separate the wheat from the chaff. In this case, what remains is a renewed call for digitalization to produce value now, not at some vague point in the future.

Let's be honest. There is a major disconnect between the World Economic Forum’s $1.6 trillion estimate of the value of digital transformation in the oil and gas industry alone, and what oil and gas operators — and the entire oilfield services ecosystem — have realized in value to date.

Even those equating extrapolated value potential from proofs of concept (PoCs) with realized value would consider it generous to put the cumulative figure thus far at something resembling a distant rounding error relative to $1.6 trillion. And the oil and gas industry is no outlier in this digitalization value quest.

So what’s the truth about industrial digitalization in 2020?

True digitalization is not about potential uses for robotics and AR that are — optimistically thinking — more than 10 years away from meaningful deployment at commercial scale. Neither is it about attempting to inflate the value perception of predictive maintenance by pushing the most advanced AI algorithms available — even though those algorithms are ill-suited for industrial use cases.

True digitalization is about enabling a rising tide that will lift all boats within the enterprise.

It is about moving from Excel to Excel 2.0 in all things analytical. It is about empowering the dormant citizen data scientists and citizen developers who already reside within your organizations — within business units as diverse as the enterprise — to be as productive individually and collectively as possible.

These roles are gaining in popularity faster than any other advanced analytics-focused role across enterprises, but many organizations have yet to harness their potential. 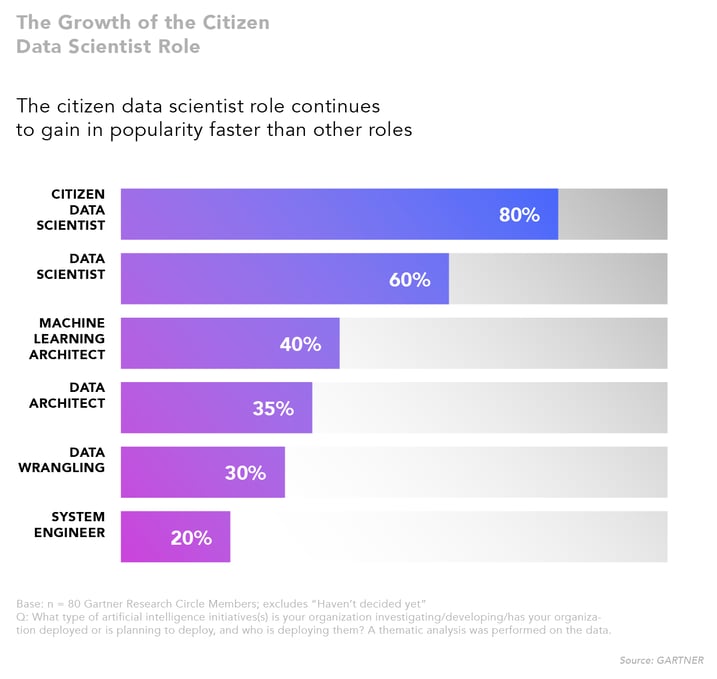 This decade will see the most forward-thinking companies move into a new phase, where they’re not just collecting data from different silos, but connecting it to unlock contextual significance and meaning — and from there, operationalizing and scaling digitalization efforts.

This requires tooling that allows for rapid application development without compromising enterprise security, empowering subject-matter experts to unleash their creativity and resulting in operationalized digital use case execution for better decision-making and streamlined processes.

The overwhelming share of Industry 4.0 showcases feature greenfield developments under one OEM digital brand platform’s control — a fully integrated, single-point-of-control, digital pipe dream. The only problem is that asset owners don’t want to be fully locked-in to any one OEM.

Moreover, an overwhelming majority of asset owners are dealing with portfolios of brownfield assets with decades of production life to them. In fact, more than 95% of all digitalization efforts are focused on brownfields, not greenfields.

The research and advisory firm Gartner has found that, between 2018 and 2019, the normative bell curve of the digital maturity of industrial companies has shifted toward one wherein leaders are forging ahead, while laggards stay stuck.

In short, leaders have understood that true digitalization is about scaling up brownfield capabilities — both assets as well as employees. 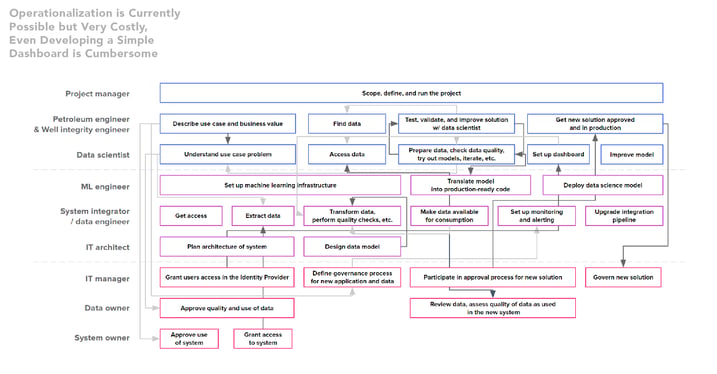 If it hadn’t been for the novel coronavirus, we might have lost another five or more years before we understood the difference between true industrial digitalization and showcase PoCs for quarterly analyst briefings and conference audiences.

In the wake of this crisis, the focus of digitalization is now shifting towards doing more with existing resources. Asset owners and operators are being forced to rethink what digitalization truly is — and better yet, where the true scalable value of digital is.

PETTERI VAINIKKA, VICE PRESIDENT OF PRODUCT MARKETING: Petteri’s professional career spans across enterprise SaaS technologies, where he has found himself at the intersection of emerging transformational technology development and its commercial applications for customers. Prior to Cognite, Petteri worked in senior product management, marketing, sales, and general management positions for companies such as at Sumea, Rovio, and Cxense. Petteri has a master’s degree in technology from Aalto University in Helsinki.

Metadata is the new data

Metadata is the key for almost all forms of automation and augmentation in modern data utilization scenarios.

How to scale use cases with data contextualization

Anatomy of a contextualization engine for AI use case scaling in industry If there is one thing we at Cognite get a lot of...