The Power SDK: Simplifying data analysis in the power industry 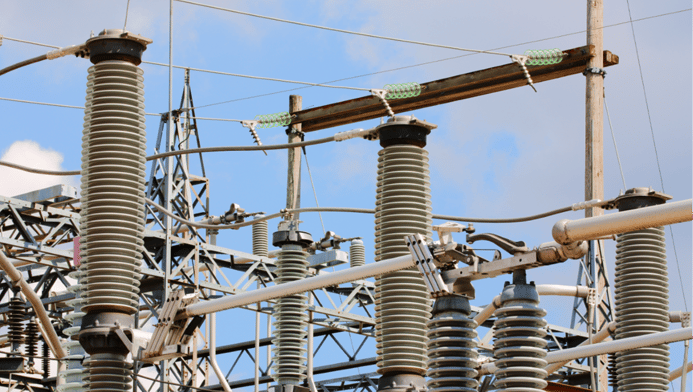 The world is becoming increasingly electrified. This development is partly fueled by industry, which is consuming more and more renewable energy. As the demand for energy grows, power generation and utility companies are working hard to improve how they produce hydro and wind power and distribute it to meet the demand.

One example of this development can be seen in Norway. Statnett, which owns the Norwegian transmission system and is responsible for operating and maintaining the grid and balancing the consumption and production, ensuring a stable and reliable power supply, has over the past several years seen a major increase in applications from industrial installations that want to connect to the grid. In some cases, the grid has to be upgraded before it can handle the additional load that a new connection represents.

In order to conduct efficient and reliable analyses into which upgrades are necessary, Statnett's analysts need fast and easy access to data. Today, however, the analysts spend much of their time manually collecting and cleaning data located in several different systems before they are able to run those analyses. Improving access to data could help Statnett process grid connection applications more efficiently. 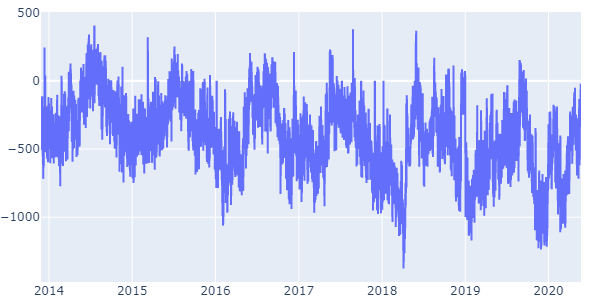 A graph showing the power flow in and out of an area over time (Source: Statnett).

Statnett and Cognite have signed a research and a development contract. As part of the partnership, we're working to find better and more efficient ways to query and handle data in the power system domain. Grid assets such as transformers and power lines are now ingested into Cognite Data Fusion® (CDF) along with linked events and time series from different data sources. The power grid is represented as a digital twin and modeled based on the CIM standard (the industry standard for grid companies), representing the electrical connectivity of the power grid. Front-end applications such as a browsing tool and dashboards give different users access to data in a structured and user-friendly way.

One of the results of the R&D contract is what we call the Power SDK, a Python interface with a range of grid-specific functions. Python is already a well-known tool in Statnett and is used by analysts across the organization. Easier access to many different data sources at the same time with domain-specific queries presents a number of benefits.

For example, analysts can: 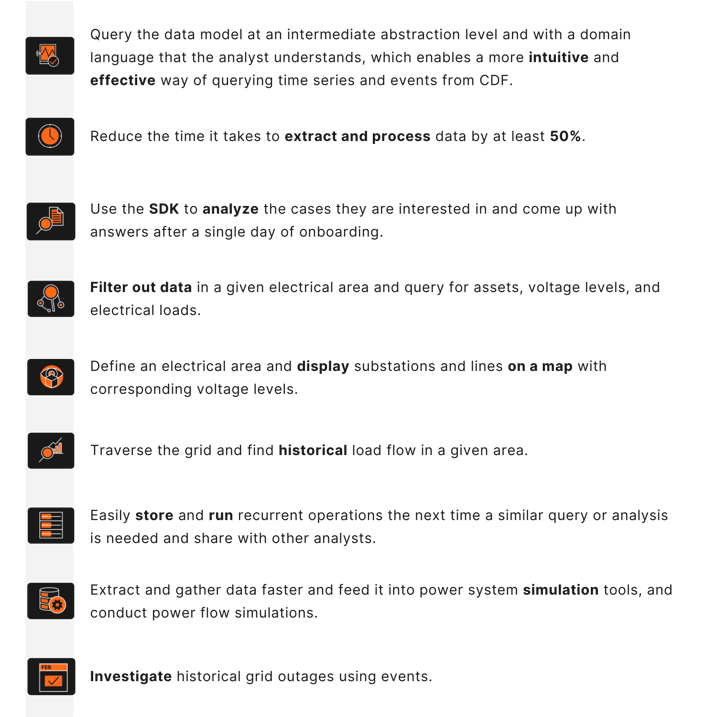 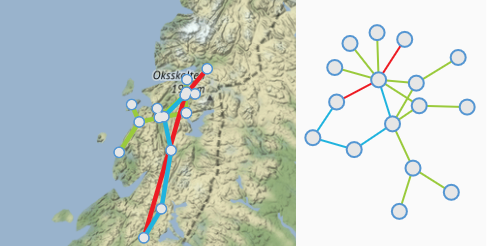 The Power SDK enables users to retrieve, analyze, and quality-assure data much faster than today. It makes contextualized data available through an easy programming language, getting new users up and running fast without extensive programming experience. The tool enables more precise analysis, since it is easier to combine information and get an overview in one notebook. Charts and maps are also available and can easily be shared between users. And since the SDK is open-source, a community of data scientists and analysts can share their notebooks and lessons learned.

Statnett regularly conducts large-scale analyses such as KSU (Kraftsystemutredning) and the transformer study, which maps capacity, future needs, and suggests actions to make sure the grid is developed and operated in the most efficient way. With the Power SDK, they will save considerable amounts of time with fast queries that can be reused the next time the studies are conducted.

"I used to spend 1 hour retrieving information earlier. Now I can do the same in 5 minutes."

Faster and more accurate grid analysis through the Power SDK can enable companies in the heavy-asset industries and power generation and utility companies around the world to connect to the grid faster because of shorter lead time in the grid application process. This leads to both revenue savings for customers and enables utility companies to operate the grid more efficiently.

Digitalization can provide enormous opportunities to power and utility companies prepared to adapt. By maximizing their capabilities with data, these companies can meet the demand and power the future.