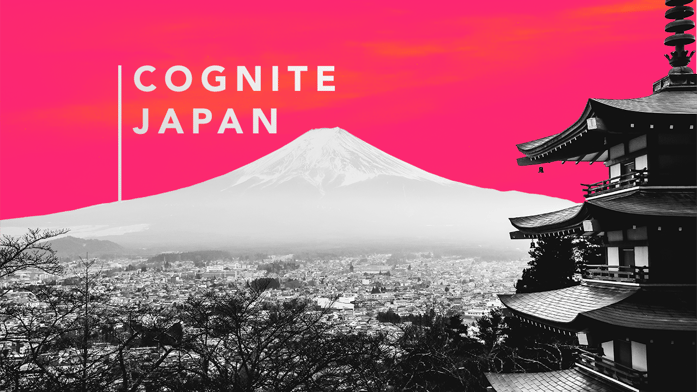 TOKYO, Japan, Nov. 26, 2019 -- Cognite, a global industrial software provider enabling the full-scale digital transformation of heavy-asset industries around the world, today announced the opening of an office in Japan as its headquarters in the Asia-Pacific region.

Nori Tokusue, an entrepreneur with decades of experience in the enterprise software industry, will lead Cognite's business growth in the Japanese market as the company’s regional Vice President.

"Japan plays an important role in the global economy, and the work of digitalizing large Japanese companies is important not only for the Japanese economy, but also for the rest of the world. Cognite has a great opportunity to contribute with their know-how, and I wish them the best of luck," said Inga M. W. Nyhamar, Norwegian Ambassador to Japan.

Cognite will officially open the office during a full-day event on Nov. 26 at the Embassy of Norway in Tokyo. The event will introduce customers, partners, and the media to Cognite’s local and global executives. Cognite co-founders Dr. John Markus Lervik, CEO, and Stein Danielsen, Chief Solutions Officer, will present Cognite’s product portfolio, including the company's key software package, Cognite Data Fusion® (CDF), which empowers industrial companies to reduce costs, increase profits, and boost their safety and sustainability efforts.

Following a media roundtable with Lervik and Danielsen, sessions will outline how CDF and end-user applications can deliver value for the Japanese market in areas such as production optimization, smart maintenance, and digital worker. Cognite customers Yokogawa, a global leading engineering and industrial automation company, and Aker BP, one of the largest independent energy operators in Europe, will also present at the event.

"Sumitomo Corporation is happy to welcome Cognite to Japan. We have a long-standing partnership with Cognite's parent company, Aker, and we are happy to start working together in Japan. Industries such as oil and gas and manufacturing have an unrealized potential when it comes to using data to optimize their operations. We believe that Cognite's technology contains the solution to this issue," said Masahio Yokohama, General Manager of the Tubular Products Division for Sumitomo Corporation.

The expansion to the Asia-Pacific region comes at a time of steady growth in adoption for Cognite’s leading industrial software package, Cognite Data Fusion® (CDF). CDF accelerates the use of artificial intelligence and advanced analytics for the industry by supplying instant access to contextualized data from IT and OT systems, enabling industrial digitalization initiatives to scale past proofs of concept.

"Japan is the third-largest economy and has one of the most advanced manufacturing industries globally. Cognite is determined to become the industrial software partner of choice for the region's industrial companies," said Dr. John Markus Lervik, CEO of Cognite. "Cognite has seen impressive growth globally with digital frontrunners such as Aker BP, OMV, and Wintershall Dea choosing Cognite Data Fusion® as the preferred industrial software for their digitalization projects. We look forward to better serving and supporting our customers in the region by having a local team that can provide all the necessary resources to better engage and serve our Japanese partners."