Sixty years of oil and gas experience agree: Digitalization and data sharing will be the keys to a successful shift to renewable energy.

“I always say I can’t think of anything more relevant than working in the energy business,” Moraeus Hanssen said. “Relevant for life on Earth, relevant for humans, but also now very much for the future of society.”

There has perhaps been no greater challenge during the course of her career than the ongoing transition from fossil fuels to renewable energy sources. That transition, she emphasizes, will have to be supported by a digital transformation of the industry.

Carolina Torres, former global head of digital transformation for bp and current senior director of energy industry transformation at Cognite, agrees. The answer to speeding up the energy transition lies in data.

What have these two learned during a combined 60 years in oil and gas that will help accelerate the energy transition, and what do they believe are the key drivers for a more sustainable future? Read on.

A common platform for transformation

Throughout her career, Moraeus Hanssen has experienced the power of collaboration across the industry and how it can drive change. Collaboration is, however, easier said than done in an industry that is still seen as too protectionist.

“The more we are able to gather around commonalities in terms of software and ways of doing things, the greater the potential,” Moraeus Hanssen said. “We cannot do this separately. We need a common platform, and we need to come together to find new ways to change.”

In her role at bp, Torres experienced this need firsthand.

“In my first year leading bp’s digital transformation, I traveled around to understand how people were making decisions,” Torres said. “I learned that the data was mostly in people’s heads, trapped on spreadsheets, or locked into one system or another. And on top of that, nobody really trusted it, so it was almost useless.”

Torres’s approach to digitalization starts and ends with data. In bp, she focused on finding a way to bring all the data together to make it usable and insightful for the organization—something that everyone in the company could trust and rely on in their decision-making processes. The answer was a data platform.

“In my years at bp, I learned how crucial the data platform is if you want to drive digital transformation,” Torres said. “I also learned that this didn’t only apply to oil and gas, but to the entire energy industry.”

‘It’s time to get going’

“If I go back five years in time, I was thinking about digitalization as the revolution,” Moraeus Hanssen said. “It was happening so fast, and it was so disruptive. Now, when I look at industrial digitalization, I think of it as an evolution. We are learning, evaluating, and moving steadily forward.” 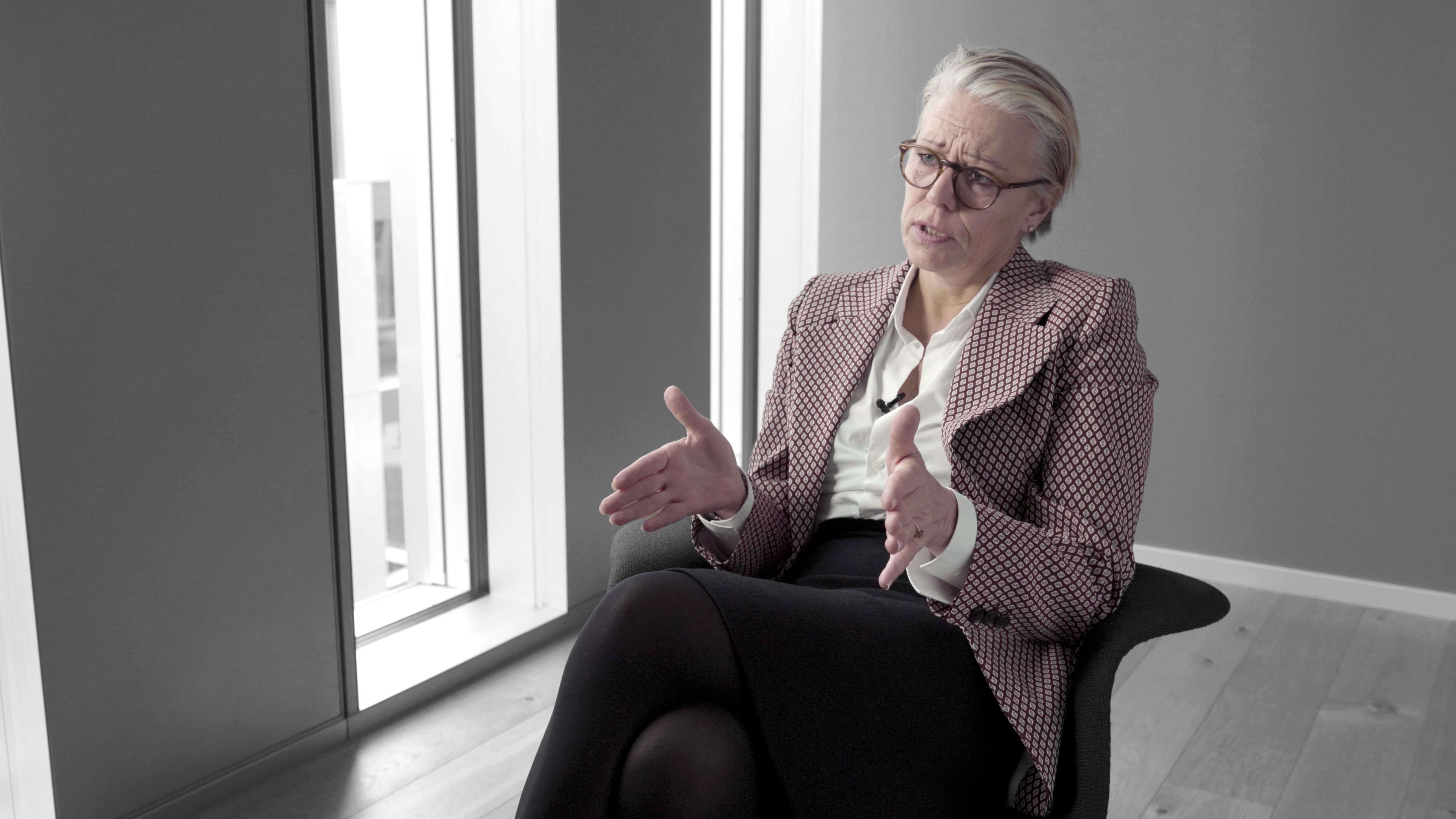 With topics such as profitable sustainability, renewables, carbon capture, and integrated energy dominating the conversation about the energy transition, Torres predicts the next few years will get even more challenging for energy companies.

“Investing in collecting or organizing data is not a direct path to a solution,” Torres said. “Connectivity is fine, but you also need to ensure that you can use all the data that already exists.”

Both Torres and Moraeus Hanssen agree that the ability to use the vast amounts of data available in the energy industry is key in the transition to renewables, something they said Cognite is in a particularly strong position to facilitate.

“We have a lot of data in the industry, but it would take an enormous amount of time for us to get it into a subset, use it, visualize it, and analyze it before we could start discussing it,” Moraeus Hanssen said. “This is where Cognite has created a space for themselves.”

While we know many of the challenges that the energy transition will bring, Moraeus Hassen said it is likely to be “more complicated than you think.” Her advice? Get started now.

“It’s time to get going,” Moraeus Hanssen said. “When looking at it from the outside, it can be difficult to understand how you embrace transformation in your own company. But that shouldn’t scare you. You just need to start working to find ways to use the data.”

The energy industry is at an inflection point, and the race is on to reduce emissions and meet net-zero goals by 2050. To...

Data context and openness: How the oil and gas industry can drive a sustainable transformation

Even as the global energy transition gathers steam, the world will still need oil and gas. What can the industry do to...