Robotics, cryptocurrency, and games: Cognite teams up with Microsoft to launch its first virtual hackathon 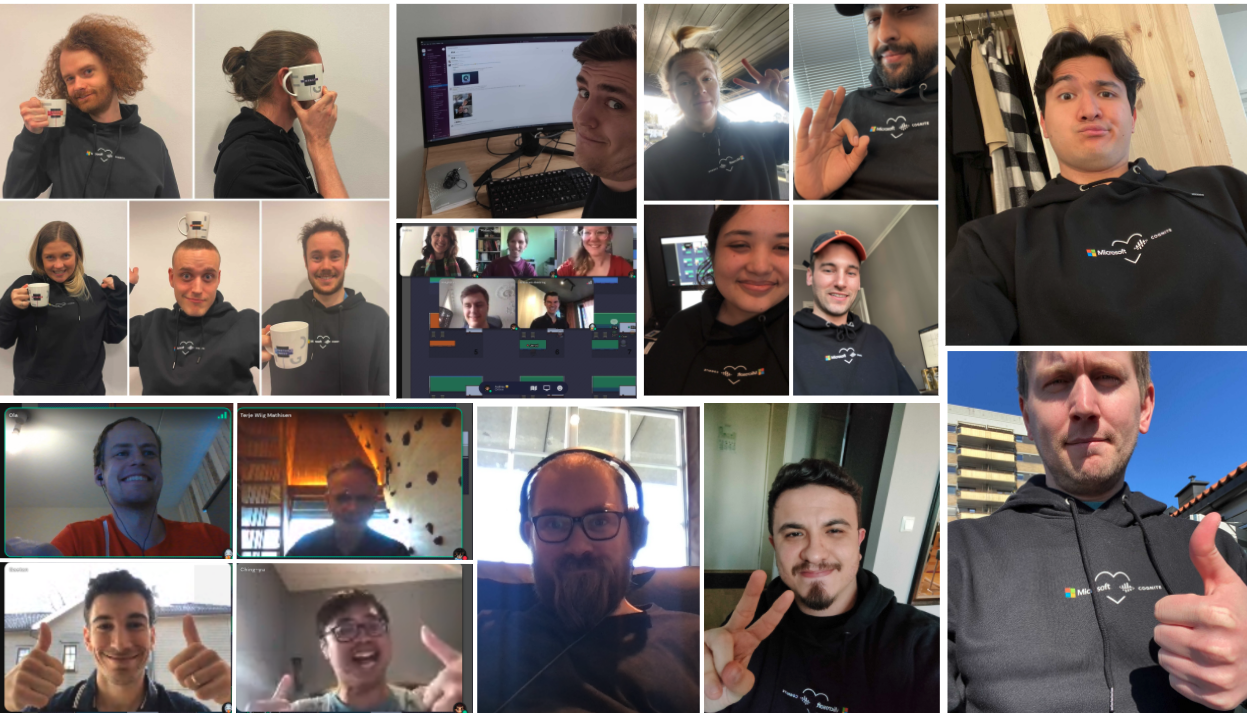 Hackathons are known for their organic energy that comes from in-person collaboration. This month Cognite worked closely with Microsoft to replicate that experience, virtually.

This week, in collaboration with Microsoft, held its first virtual hackathon. “It’s actually one of our company OKR’s to have fun with technology,” says Deep Singh, a junior front-end developer at Cognite.

Deep is among a group of Cogniters who drove the hackathon from idea to creation, along with software engineers Issaaf Kattan, Matt Murphy, and Morten Hillbom. “We needed a way of connecting with each other again,” says Deep. “These sorts of events tend to bring everyone together."

Togetherness is a popular company value at Cognite, and it was important to the team to bring in Cogniters who joined over the past year. "It can be tough to get to know new colleagues or interact with people outside your daily work routine," says Issaaf. "We thought a hackathon where you could work with absolutely any other Cogniter would be a perfect initiative."

While hackathons aren't new to Cognite, distributed ones are, and with that came a number of challenges. "Usually with in-person hackathons, everyone is in the same room together, cracking ideas, coding all night, and snacking on free food," says Deep. Our challenge was recreating that experience. We wanted to replicate that same feeling of collaboration, creation, and fun."

Microsoft is one Cognite’s of most important partners, and to help meet this challenge, the two companies began preparing Cogniters weeks in advance. “They were super eager to help us!” says Deep.

“When we were asked if we would like to contribute to the hackathon, there was only one answer we could give,” says Izabela Hawrylko. Izabela is a Solution Specialist with Microsoft, focusing on data and AI. She worked closely with the Cognite team on the hackathon from planning to implementation.

“As we are in the first year of our close partnership, it’s of paramount importance for people from both organizations to get to know each other better,” says Izabela. “We had an opportunity to understand each other’s way of working and collaborating and know what’s top of mind, but also to have fun together!”

After finding out the tools and tech the team wanted to use, Microsoft prepared a customized list of Azure learning materials for Cogniters and held a Q&A session the week before the event. “The hackathon was a really fun way for Cogniters to get to know Azure,” says Issaaf. “Microsoft helped us a lot throughout the hackathon.”

"We had an opportunity to understand each other's way of working and collaborating and know what's top of mind, but also to have fun together!"

“Some of the most important parts of a hackathon are the t-shirts and great prizes, and Microsoft delivered on both,” says Matt. “We have these awesome hoodies with both Company logos together, and they’re really popular among the team.”

“We were happy to support on the technological front,” says Izabela,”but also make sure Cogniters wouldn’t freeze in their home offices.”

In addition to the hoodies, Microsoft offered “Funnest Presentation” and "Built by Azure" prizes, which awarded a 12 month Xbox passes to the winning teams. "We thought it would be really nice to give the winning teams something fun to do when they're not busy coding," says Izabela.

The goal of the hackathon was to involve all Cogniters, and one big challenge to the team was finding a way to encourage non-technical types to join. “We built a custom Cognite app just for the hackathon!” laughs Issaaf. “All Cogniters had to do was press a mysterious button to be sorted into a team.” The app was designed to ease the pressure off Cogniters who were less familiar with coding.

Still, the team still needed to capture the in-person hackathon spirit. For that, they looked to Gather, which created a virtual town and avatars for each Cogniter. “Gather.town ended up being a really great choice. It really made you feel that you could walk around and interact with others,” says Issaaf.

Matt agrees. “Gather.town was a huge success!” says Matt. “It was definitely the most important tool we used to create meaningful collaboration.”

Over 100 Congiters joined the virtual hackathon, and a number of them worked until three in the morning. Some were finishing their project, some just hung around to play games or chat with other Cogniters. Of the 21 projects, most were created using Azure.

Another team built a project on Azure Blockchain Service allowing gamers to bet cryptocurrency on the outcome of games they play. “If this was a startup, it would probably get funding,” says Geir.

“With the right tools and creative ideas Cogniters came up with, the team managed to make this hackathon a really engaging and fun experience that for sure helped create stronger bonds across different teams,” says Izabela. “Some of these projects may have even sown the seeds for new solutions to be developed in the future.”

"Some of these projects may have even sown the seeds for new solutions to be developed in the future."

Hackathons are a big part of Cognite Culture

As Cognite continues to into as a truly global company, it’s likely some sort of distributed setup is here to stay. “Getting people to create teams and publish ideas was harder than usual, as usually these things happen organically during lunch and coffee breaks,” says Morten. “In the end, it worked, and we’re really happy with the result. Next time we’ll bring in Cognite US and Japan!”

Keeping hackathons as a part of Cognite culture is something the team prioritizes. “I think the hackathon shows how easy it is for Cogniters to learn new things, and tackle big ideas among other smart people!” says Issaaf.

Deep agrees. “Hackathons are great because of what they do for team morale, sure. But they also show what amazing and useful tools Congniters can create when given a fun, distraction-free space. ”

“The hackathon shows that Cognite is not are not afraid to explore even the most crazy ideas, keeps having fun with technology, and is hungry to innovate,” says Ole-Bjørn Tøllefsen, Technology Strategist at Microsoft. “What’s more, it proves Cognite holds firm to its growth mindset, deciding to keep up with these initiatives even when it is busier than ever before.”

“We’re a creative bunch who can think outside the box,” adds Morten. “We take fun things seriously, and we think serious things are fun!”

Cognite is growing fast, and our diverse team along with it. Don't wait. Apply today and come along for the ride.