One hundred people from across Norway’s tech sector and tech university programs gathered at Cognite’s headquarters in Fornebu earlier this month for Cognight: Intern it up! The event gave guests a glimpse behind the scenes of one of Europe’s fastest-growing industrial technology companies.

Kicking off the program was Cognite writer and storyteller, Audrey Camp, who introduced the crowd to the vision and values that inspire the creation of Cognite Data Fusion®.

"The philosophy that drives our innovation is rooted in openness and impact," she explained. "That's also what has helped us build such an enthusiastic and interdisciplinary Cognite team."

Cognite CTO Geir Engdahl followed up with a closer look at Cognite's technology.

"We believe a full, deep, insightful view of your operations--enriched by context--can be discovered in your data," he told the crowd.

Pointing to Google Maps as an example of data streamlining our consumer lives, he demonstrated how much the industrial world needs a similar digital revolution. Geir then popped the hood on CDF, where industrial data becomes similarly available, connected, and meaningful for companies in Oil & Gas, Shipping, Manufacturing, and Power.

A crew of summer interns ran the evening show. Intern Eirik Dahlen, a student at NTNU, worked with his peers on the planning and execution, from developing a budget and organizing a program to executing the logistics on the night. After a quick break for pizza and wine, five interns--most wearing Cognite’s ubiquitous Data Liberation Front t-shirts--presented their summer projects, all demonstrating the powerful potential of Cognite Data Fusion®.

First, Marvin Reza and Ivar Brekka, students from NTNU, described how they helped workers at Kværner, a leading EPC company in Norway.

“Companies like Tesla now trust computer vision to keep humans safe during autonomous driving. That shows how far this technology has come. But how can industry profit from it?” asked Ivar.

The answer for Ivar and Marvin was to employ computer vision to track the position of equipment and vehicles at two of their yards, saving valuable man-hours for Kværner.

The duo explained that they were inspired by existing consumer technologies. They created an algorithm to extract the geographical position of an object and publish it to CDF in real-time, making it accessible and useful to Kværner’s team.

Next up was Eric Brattli, a University of Tromsø intern, who explained his work on the Data Tooling team with Scala and F#. He worked on Spark Data Source, Scala-sdk, .NET-sdk, ODataFusion and Jetfire.

Pielli Guo, an Uppsala University intern, took the stage to talk about her experience as a solution architect at Cognite. She worked directly with one of Cognite’s key customers, travelling to Hamburg to solve problems side-by-side with the customer team. She highlighted the fantastic social experience at Cognite, where she made friends and got to see lots of new places.

Finally, Emma Xie, a University of Waterloo intern who was wrapping up several months at Cognite, showcased her work as the product manager on Cognite Console, the exciting user interface of Cognite Data Fusion®. Emma’s role led her to study users closely and care about solving their problems efficiently. She also correlated the success of her team to its impressive diversity, including representation from six nationalities and 60% women.

“The success and diversity of our team is not an anomaly,” said Emma. “We believe it should be the norm at Cognite!”

Cognite’s showman, Chief Solutions Officer, Stein Danielsen, followed the interns’ presentations with his much-anticipated demos of Cognite Data Fusion®. He showed the audience everything from integrating CDF with Google Home to enabling customers to use smartphones to access and manipulate 3D models.

Karolina Luna, Cognite’s Head of Solution Architecture, talked about the origin of the company’s Value Week offering: a moonshot initiative to onboard new customers within a single week with proven bottom-line value from multiple use cases.

At the end of the event, visitors were taken on tours of Cognite’s offices in small groups, where they heard from Cogniters from different departments. Arv Breistøl, Manager of Customer Success, explained the mission of his team this way:

“Customer Success drives digital transformation using CDF. We are also the only one in the office who wear white, button-up shirts!”

As the evening came to an end, Cognite’s guests had the opportunity to enjoy an open bar where they could network and socialize with the presenters, Cogniters, and summer interns.

Cognite: Intern it up! gave a new group of people a holistic view of Cognite’s purpose sees “a day in the life of a Cogniter.” The summer interns had a great time putting it together, getting to know each other better along the way, and most importantly, making an impact on Cognite that would last beyond their finals days in the office. Because impact is what Cognite is all about. 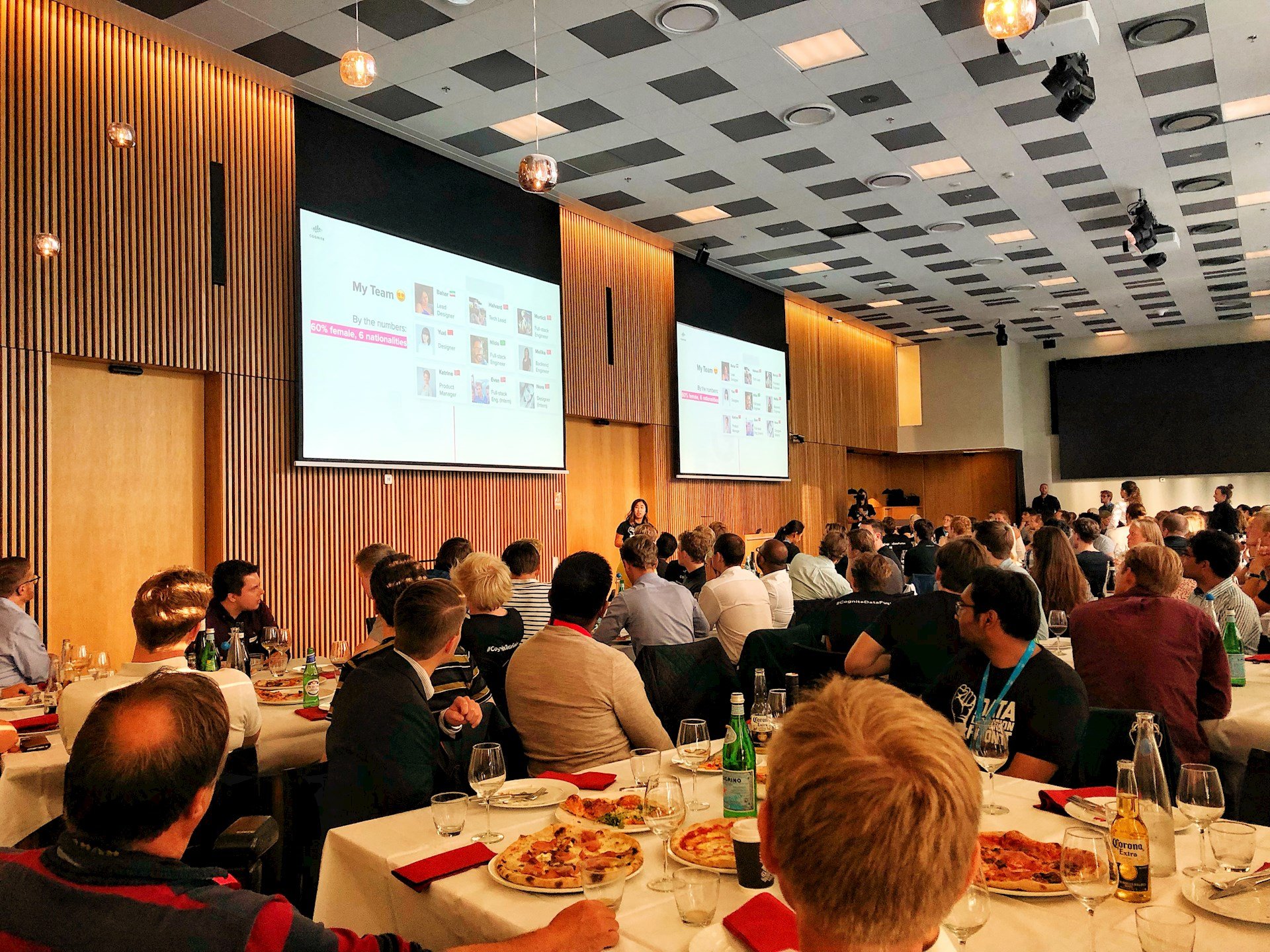