Cognite operates at the intersection of traditional industry and innovative technology. Meet Rebecca Wiborg Seyfarth and Andreas Korneliussen, two rock stars who have been with Cognite almost since its inception.

When Rebecca joined Cognite in January 2018, the company had been around for about a  year. There were around 50 employees and all arrows pointed upwards. Just over three years later, there are ten times as many people working in Cognite.

“I thought it was exciting to be part of a startup. And it is only once in a lifetime that you get the opportunity to take part in this kind of growth,” says Rebecca. “A big challenge is that we’re really doing things that have not been done before. To survive, you can’t be afraid to fail and make mistakes.”

"It is only once in a lifetime that you get the opportunity to take part in this kind growth." - Rebecca Wiborg Seyfarth, CogniteTech Lead and Senior Machine Learning Engineer

Andreas agrees. Coming from a background with Microsoft and FAST, Andreas’s first day at Cognite was in June 2019. He remembers the electric atmosphere among the 20-30 others who started at Cognite at the same time.

“The motivation to help build something from scratch was important,” Andreas recalls. “But what made it special were the talented people from all over the world who wanted to take part in this. The kind of people who love change, love impact, and are able to move fast.”

The two come from different backgrounds: Rebecca as a machine learning engineer, Andreas as a software engineer. They both have found opportunities to thrive at Cognite, which have only increased as we’ve grown.

“The original idea with CDF was to connect data and make it more valuable,” says Rebecca. “Over time, we have also developed several applications on top of CDF that create value for our customers. In the beginning we mostly focused on oil and gas, but we now have customers in other sectors as well, such as renewable energy and manufacturing.”

Last fall, Cognite was valued at around $550 million USD. With money from investors like TCV and Accel, Cognite is now valued at $1.6 billion USD. This makes Cognite Norway’s first unicorn. 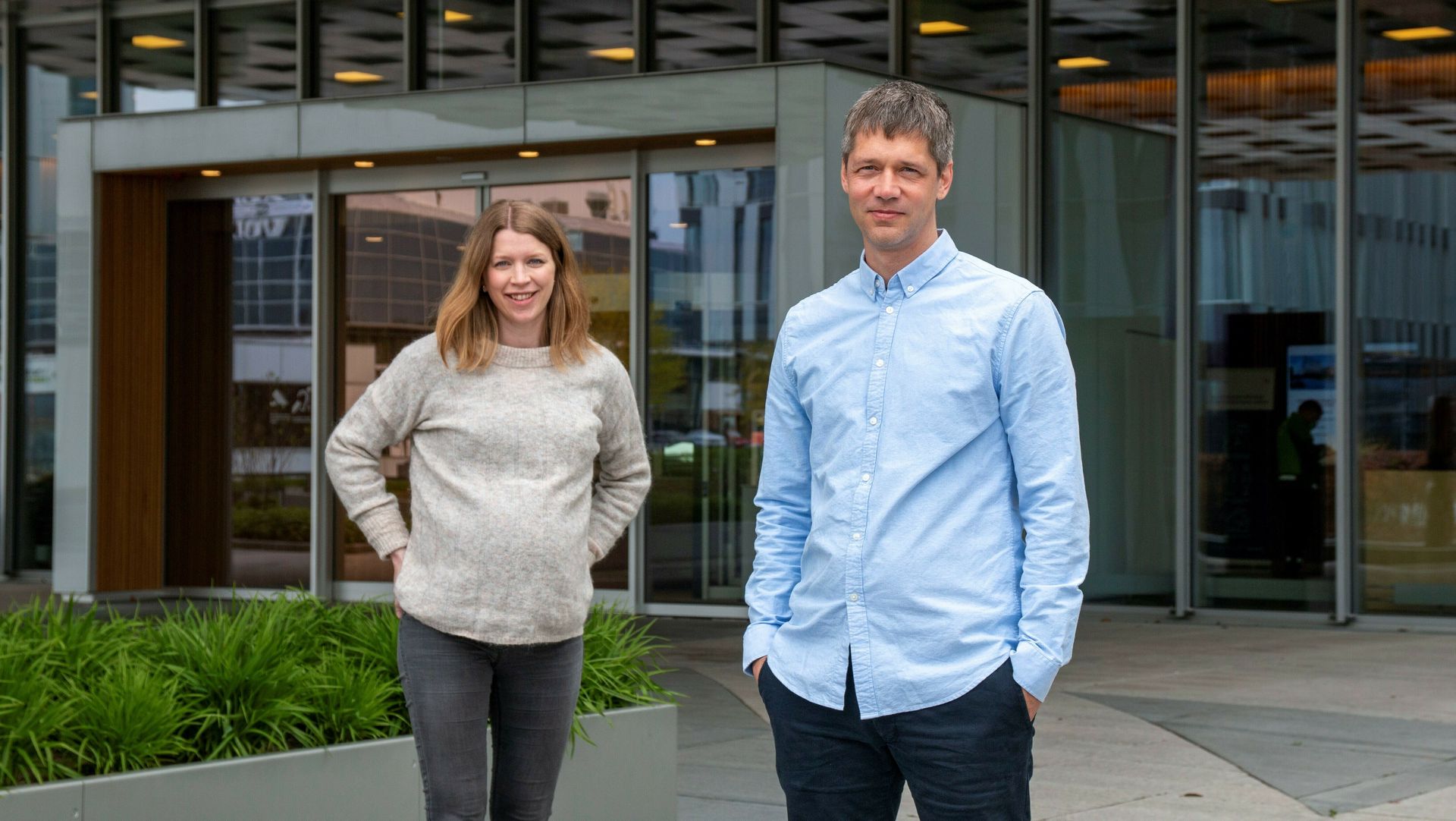 This growth has been monumental. It hasn’t all been easy. “It’s definitely challenging to grow so fast,” says Rebecca.

A few months after Rebecca started she went on an eight-month maternity leave. “When I returned, my team had quadrupled,” Rebecca says.

Despite Cognite’s growth, Rebeccca was able to fit right back in her team. “One of the reasons why we have succeeded so well, I think, is that each team has worked as a separate startup with opportunities to make independent decisions,” says Rebecca. “As Cognite has grown, the need for more structure has increased.”

“It is clear that it is a difficult balancing act, but the ability to make quick changes at the same time as setting long-term goals is important,” Andreas continues.

While she began as data scientist for Cognite, Rebecca is now the tech lead of our contextualization team.

“We try to create meaningful connections between data to understand what each data point is, and how it relates to other data,” Rebecca explains.

Every June Cognite organizes an internal developer conference, and this year is no different.

“This is a great time for teams to show each other what they’re doing,” says Andreas. “It’s internal, so we keep participating in the conference at a low threshold. Ultimately we want our developers to collaborate across teams and leave DevCon even more inspired than before.”

“Our teams have a lot to say. I think that’s great,” says Rebecca. “The beauty of such a conference is to be able to share knowledge and get to know other team members across engineering.”

Cognite’s expansion is set to continue apace, and we’re looking to add more senior engineers to our team. Both Rebecca and Andreas see added value working in a company with such growth.

“It does something with the whole culture and atmosphere,” says Rebecca. ”Sometimes that means one area will grow faster than another. We have good managers who make sure that our employees will grow and develop, not just the company.”

Soon Rebecca will again go on maternity leave. “I’m expecting to greet a lot of new colleagues when I return!” Rebecca says.